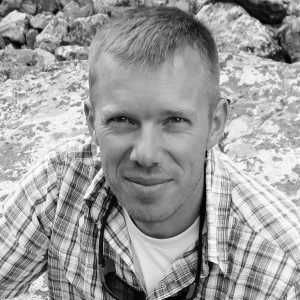 Owen F. Witesman is a full-time literary translator with an MA in Baltic Area Studies and a PhD in Public Affairs from Indiana University. Although translating in all genres, he specializes in crime and science fiction, children’s literature, and Finnish classics. His recent credits include the dark family drama Norma by Sofi Oksanen, the locked-room mystery Cruel is the Night by Karo Hämäläinen, and the non-fiction opus The Mapmakers’ World by Marjo T. Nurminen.

Owen’s current projects include book 11 of Leena Lehtolainen’s Maria Kallio mystery series, Where Have All the Young Girls Gone, after having translated all 10 previous books.

For more information about Owen and his work, see his CV, browse his work on this site or contact him.

My First Murder, by Leena Lehtolainen

Maria Kallio has just been assigned her first murder investigation. To prove to herself and her  squad that she has what it takes to be a detective, she’ll have to solve the death of Tommi Peltonen. Found floating facedown at the water’s edge of his Helsinki villa, Tommi had invited his choir group to spend a weekend at his retreat. But beneath the choir’s seemingly tight-knit bonds seethed bitter passion and jealousy. As Maria sets out to determine the difference between friends and foes, she uncovers the victim’s unsavory past—and motives for all seven suspects. Now it’s up to her to untangle a complex set of clues before the killer strikes again.

The Human Part, by Kari Hotakainen

An elderly woman agrees to sell her life to a blocked writer she meets at a book fair. She needs to talk – her husband has not spoken since a family tragedy some months ago. She claims that her grown-up children are doing well, but the writer imagines less salubrious lives for them, as the downturn of Finland’s economic boom begins to bite. Perhaps he’s on to something. The Human Part is pure laugh-out-loud satire, laying bare the absurdities of modern society in the most vicious and precise manner imaginable.

‘a beautifully crafted tale of bereavement, intimate human suffering and the curious specks of reparation that death can bring … this is a simply stunning book. Fans of Mark Haddon and Haruki Murakami will be enraptured’ – Time Out.

‘A humane, disconcerting and pleasurable text. In other words, it is a truly beautiful novel’ – Le Monde.

‘A truly stunning piece … This is an extremely clever book, which is also deeply witty. Splendid’ – Image Magazine.

‘a novel packed with sophisticated ideas which should, like a rare delicacy, be savoured slowly’ – Tribune.

The Railroad, by Juhani Aho

In 2012, Norvik Press published Juhani Aho’s Rautatie (The Railroad). Although not the first author to write fiction in Finnish (that would be Aleksis Kivi), Aho is sometimes spoken of as the father of modern literary Finnish and was the first professional Finnish-language author. The Railroad is considered one of his most important works.

“In 1884 appeared Aho’s first major work, Rautatie [Railroad], a humorous story of a country couple Matti and Liisa, who embark on their first railway journey. When Minna Canth read the manuscript, she got so enthusiastic that she compared Aho to Gogol and Zola. In 1921 Rautatie had become the bestselling work of fiction after Kalevala and Vänrikki Stoolin tarinat.”