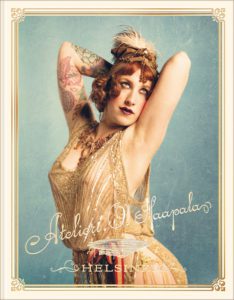 Set out on a journey through time to an imaginary past, where you’ll meet seductresses, strongmen, dignified ladies, and dashing gentlemen, all captured in their Victorian glory in the photographs of Atelieri O. Haapala.

Atelieri O. Haapala was a portraiture studio and art project active between 2008 and 2016. In that time it took part in over 80 events and photographed over 7000 portraits. The studio also gained international visibility, organised its own photoshoots and participated in exhibitions on three continents. 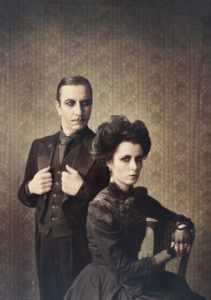 Saara Salmi, BA, (1981) is a visual artist who creates works from the fantasy world. She graduated from Tampere School of Art and Media, concentrating on visual design and animation, but ended up painting movie sets, photographing and getting really deep in Photoshop.

Marco Melander, MA, (1968) graduated from the department of photography in Aalto University. He loves to work both commercially and having an artistic project, or two, on the side. Working with people is by far the best part of his job.