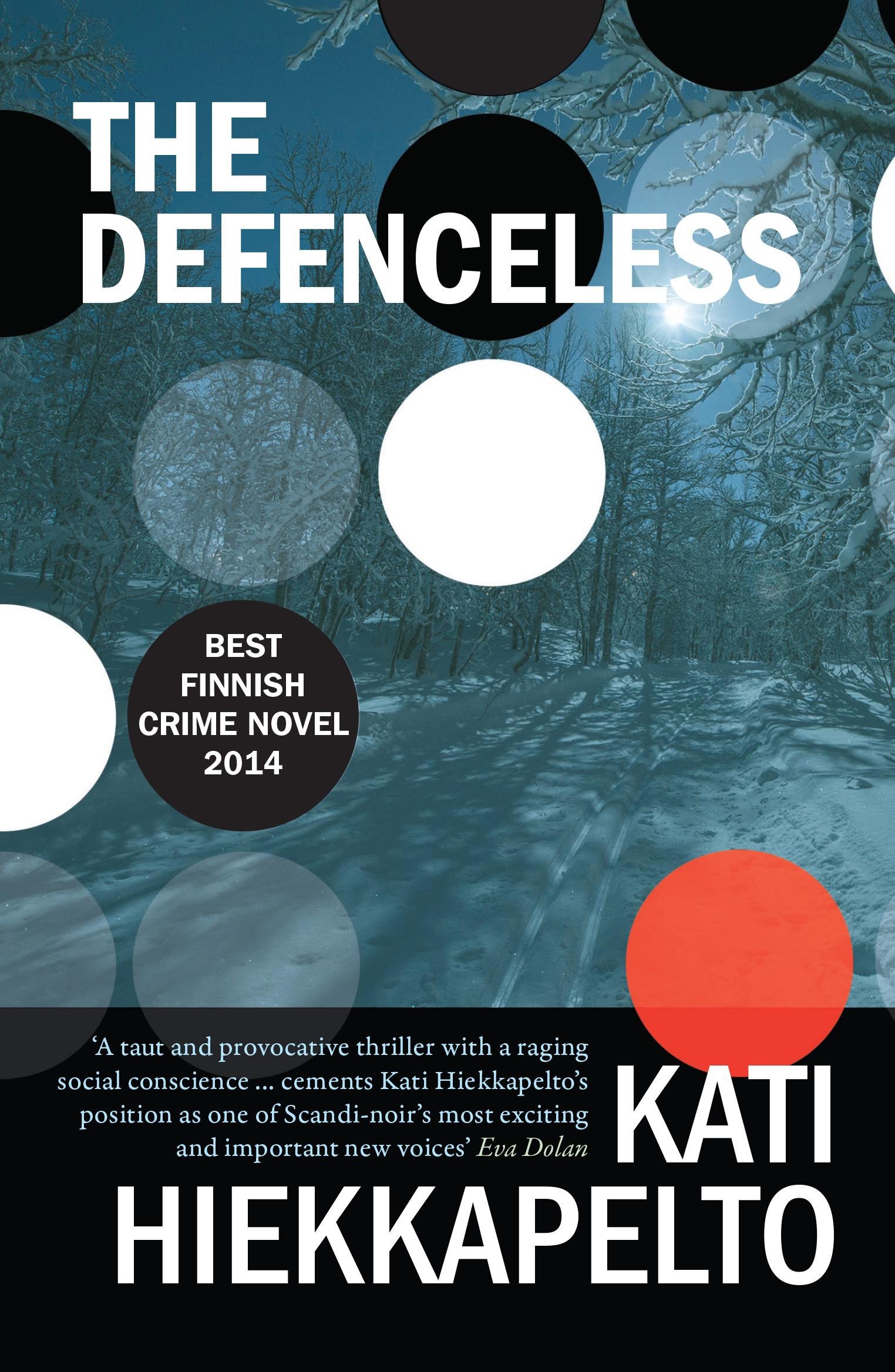 When an old man is found dead on the road – seemingly run over by a Hungarian au pair – police investigator Anna Fekete is led on a deadly trail where illegal immigration, drugs and ultimately murder threaten not only her beliefs, but her life. Anna’s partner Esko is entrenched in a similarly dangerous investigation. As the two cases come together, it becomes clear that having the law on their side may not be enough.

Praise for The Defenceless:

“‘Without a shadow of a doubt Kati Hiekkapelto has taken a firm place in the Nordic Noir sphere, creating tense, vivid and compelling stories, with strong characterisation, particularly of Anna and Esko, and a very contemporary social commentary. The novel, in perfect translation by David Hackston, is so beautifully multifaceted that I’m already rereading it. The chilling and utterly believable content would benefit from the deeper analysis but for now I would suggest that you take from it whatever suits you best: excellent thriller, believable characters or a voice of the current state of immigration in Europe” – Crime Review

“Rapidly becoming a familiar face on the Nordic noir scene in the UK (and British readers always warm to those Scandinavian writers prepared to travel frequently to these shores), the Finnish Kati Hiekkapelto deserves her growing reputation.” – Barry Forshaw, Crime Time

“Chilling, disturbing and terrifyingly believable, The Defenceless is an extraordinary, vivid and gripping thriller by one of the most exciting new voices in crime fiction.” – Northern Crime