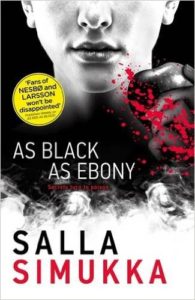 As Black as Ebony

The final story in the thrilling Nordic crime series The Snow White Trilogy, an international success published in 52 territories worldwide and soon to be a Hollywood film.

Secrets turn to poison in this YA Scandi crime thriller where Lumikki Andersson must uncover a dark personal truth to outwit her murderous stalker. . . Lumikki has a new boyfriend – easygoing, gorgeous Sampsa – but she is unfaithful in her dreams, longing for the electrifying touch of her ex, Blaze. Then the threats start arriving, from someone who seems to know Lumikki intimately. Sharing her fears risks deadly consequences, so now she is more alone than ever. When Blaze suddenly reappears, Lumikki is torn. She can’t deny the chemistry between them, but can she trust him? To stop the killer, Lumikki must uncover a dark secret that has haunted her family for years. AS BLACK AS EBONY is the final dramatic chapter in the thrilling, contemporary ‘Snow White’ trilogy by award-winning author Salla Simukka.

Praise for the series: 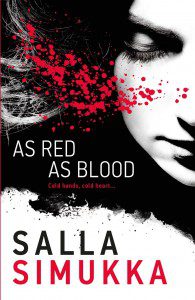