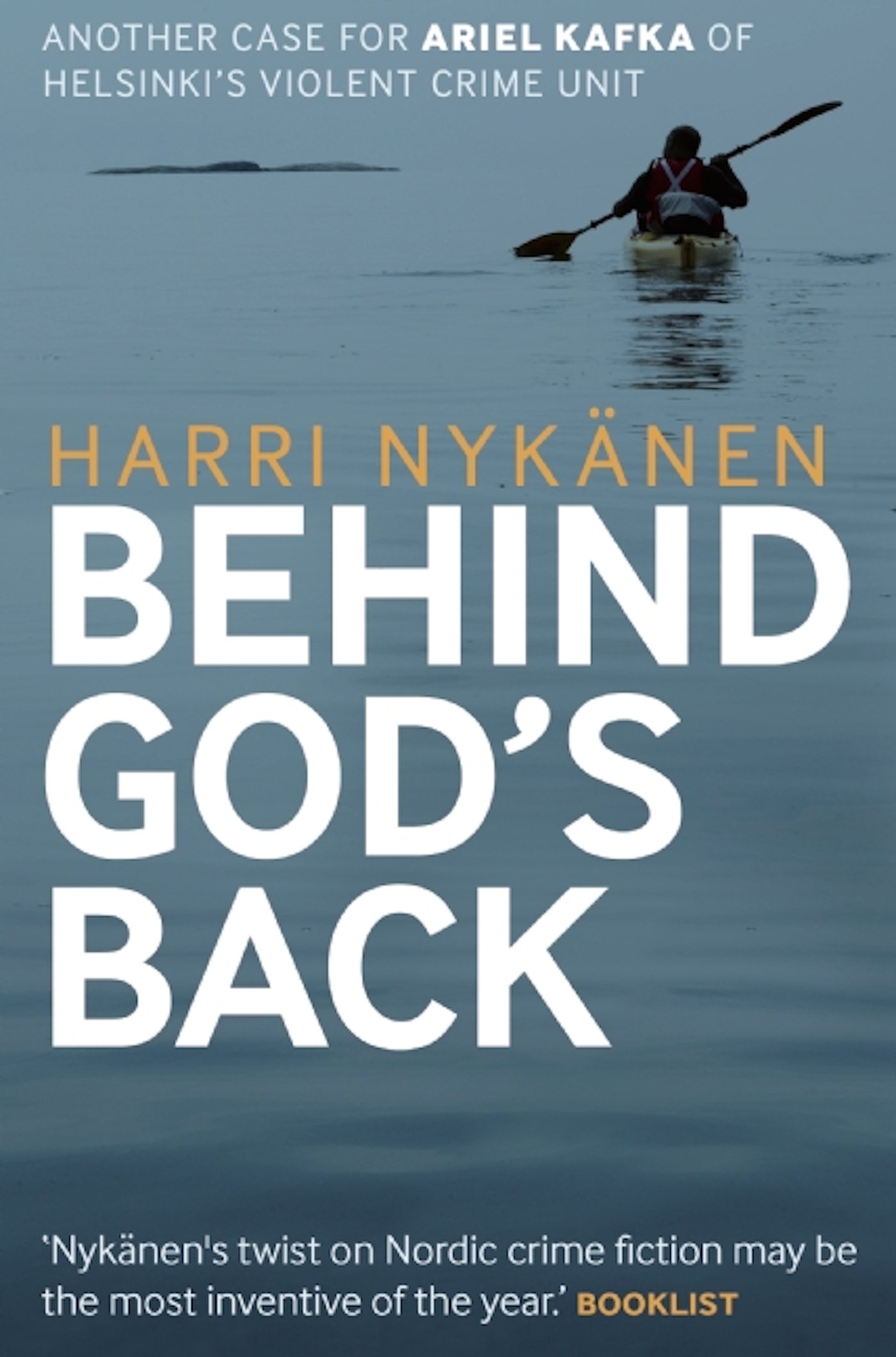 There are two Jewish cops in all of Helsinki. One of them, Ariel Kafka, a lieutenant in the Violent Crime Unit, is a religiously non-observant 40-something bachelor who is such a stubborn, dedicated policeman that he’s willing to risk his career to get an answer.

Named a notable translation of 2015 by World Literature Today.

Available from Elliott Bay Books, Amazon, or your favorite bookseller.

Acclaim for Behind God’s Back:

“Crime-reporter-turned-author Harri Nykanen brings his very human detective out for a second airing after the debut Nights of Awe and once again I’m smitten.” –The Bookbag

“Intricately plotted… Kafka manages to perform a delicate balancing act on his way to an unexpected resolution of the crime.” –Publisher’s Weekly

“A very welcome addition to the genre of Nordic noir.” –Booktrust

“Given a crisp translation by Kristian London, Nykänen’s second outing in English for Ariel Kafka is a hugely entertaining blend of police procedural and spy thriller.” –The Irish Times

“A compelling read from beginning to end, “Behind God’s Back” by Harri Nykanen is an impressive and suspenseful mystery replete with unexpected plot twists and turns. A riveting novel.” –Midwest Book Review