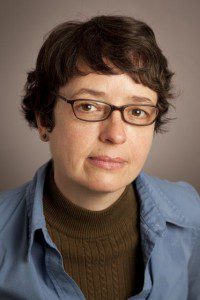 Lola Rogers has translated the acclaimed novels of Sofi Oksanen and Rosa Liksom, the Nordic noir of Antti Tuomainen, the Finnish Weird of Pasi Jääskeläinen and Johanna Sinisalo, and many other works. Her translation of Oksanen’s When the Doves Disappeared was shortlisted for the 2016 Oxford-Weidenfeld Translation Prize and Tuomainen’s Dark As My Heart was a finalist for the 2016 Petrona Award for Nordic crime fiction. Lola’s translation of Johanna Sinisalo’s The Core of the Sun won the 2017 Prometheus Award.

Lola was awarded a National Endowment for the Arts Translation Fellowship for her translation of The Death of Orvar Klein, by Daniel Katz, for which she is seeking a publisher.

Visit Lola’s CV page for more information, check out her work on this site, or send her a message through our contact page.

The Colonel’s Wife, by Rosa Liksom

“An intimate investigation of authoritarianism.” – Kirkus

“All the more thought-provoking and heart-rending in our current strained sociopolitical moment. . . . The Colonel’s Wife is equal parts horrifying and fascinating.” – Salon

“Rosa Liksom’s novel is amazing, powerful, and remarkable, and everyone should read it.” – Sherry Jones, The Historical Novel Society

More about The Colonel’s Wife

Secret Passages in a Hillside Town, by Pasi Ilmari Jääskeläinen

“Strange and beguiling, luring its readers in with quirkiness and charm only to beckon them towards more sinister depths.” – Alistair Mabbot, Glasgow Herald

More about Secret Passages in a Hillside Town

The Core of the Sun, by Johanna Sinisalo

“The best dystopian fiction I’ve read in a very long while.” – Seattle Review of Books

Winner of the 2017 Prometheus Award.

More about The Core of the Sun

Dark As My Heart, by Antti Tuomainen

“One of the most compelling, emotionally satisfying and beautifully realised crime thrillers that I have encountered this year.” – Raven Crime Reads

More about Dark As My Heart

When the Doves Disappeared, by Sofi Oksanen

“A piercing look at characters striving to retain their humanity amid fear, violence, and secrecy.” – The New Yorker

Shortlisted for the 2016 Oxford-Wiedenfeld Translation Prize

More about When the Doves Disappeared

Compartment No 6, by Rosa Liksom

“Compartment No. 6 unfolds like a poem… a fantastical vision of a populace somehow muddling through a world where every engine repeatedly breaks down.” – Minneapolis Star-Tribune

“Serious travelogue, with cleverly veiled layers of commentary on the crumbling Soviet Union.” – The Lady

“A twilight-hued elegy to the sickly last days of a wicked empire.” – Wall Street Journal

More about Compartment No 6

The Blood of Angels, by Johanna Sinisalo

“Stunning prose takes the reader down a twisting path between gritty eco­terrorism and another world, with winged messengers leading the way.” – Library Journal

“At a time when much of science fiction has been criticized for being bland, uncommitted or retrospective, Johanna Sinisalo’s The Blood of Angels is a raw, gritty, angry book that is actually about something… I passionately admire this book.” – Strange Horizons

More about The Blood of Angels

The Rabbit Back Literature Society, by Pasi Ilmari Jääskeläinen

“It’s hard to convey the peculiar atmosphere of this novel – absurd but believable, sinister but enjoyable, beautiful but disquieting… (and hats off to Lola Rogers for an elegant, literary and readable translation).” – The Independent

“A unique vein of fantasy-realism unlike anything else you’ve ever read.” – SFX Magazine

More about The Rabbit Back Literature Society

“The writing is unshowy but careful and sensitive, and there’s the kind of tension that you can only get from a heartfelt Scandinavian novel whose stated themes are desire and death.” The Daily Mail

“In a quiet, mature novel…Pulkkinen explores the limits of people’s control over their own actions and circumstances, and the boundaries of acceptable behaviour.” Sydney Morning Herald

“There is a sparse lyricism to Pulkkinen’s writing that makes her storytelling truly beautiful.” The Hoopla

More about The Limit

The Healer, by Antti Tuomainen

“This dystopian tale snagged the Clue Award for best Finnish crime novel of 2011, and U.S. audiences should prepare to be every bit as enthralled as the Finns. ” – Christine Tran, Booklist (starred review)

“It’s no accident that Antti Tuomainen’s protagonist is a poet. As rendered in this sensitive translation from the Finnish by Lola Rogers, the book’s language is as important as the tension generated by the narrative.” – Barry Forshaw, The Independent

“Tuomainen conjures up in spare, softly poetic prose the collapse of social order and human decency in the face of environmental havoc.” – Metro UK

More about The Healer

“True is a beautiful novel about motherhood, longing and loss. It’s a dreamingly languid book full of gentle reveals, and it is extremely compelling.” – Freya Dumas, Lip Magazine

“Readers will find themselves captivated by something sublime existing somewhere between apologia and apology… Beautifully translated by Lola Rogers to capture the full chill of a Finnish winter and the lightness of its spring…” – Joseph Thompson, Foreword Reviews

“A compelling look at what we do to survive.”– Karen R. Long, Cleveland Plain Dealer

“Out of these immensely sensitive materials, Oksanen has crafted a stirring and humane work of art.” – Jacob Silverman, The New Republic

A best book of 2010 in The California Literary Review, The Sunday Times, The L Magazine, and others.

More information about Lola’s work can be found on her CV page.