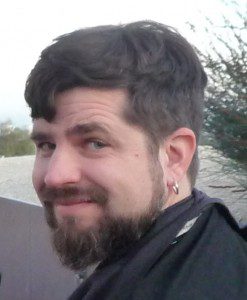 Kristian London is an American translator who divides his time between Seattle and Helsinki. His first published translation, Harri Nykänen’s Nights of Awe, appeared in February 2012 (Bitter Lemon Press, UK). He is currently working on another Nordic crime novel slated for spring release by Minneapolis-based publisher Ice Cold Crime.

In addition to fiction and non-fiction, Kristian has translated a dozen works of Finnish drama, including European Theatre Prize winner Kristian Smeds’ God is Beauty and Juha Jokela’s Performance Economics.

Nights of Awe, by Harri Nykänen 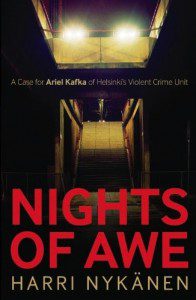 During the Days of Awe that lead up to Yom Kippur, detective Ariel Kafka is confronted with a particularly grisly case. The corpses of two Arabs are found in Finland’s sleepy capital. Shortly thereafter, Kafka discovers two more bodies at an Iraqi-owned garage. Are the deaths related, and are they evidence of a personal grudge, gang warfare, or international terrorism? Kafka learns hard lessons in diplomacy as he tangles with fellow congregants, the Finnish Security Police, and Mossad, following a trail that unexpectedly leads back to his youth.

“Nights of Awe was smoothly translated into English by Kristian London…The fluency of the translation is especially noticeable in the novel’s first half, where the prose, and not the action, must hold readers’ attention.” –Korea Herald

“…Kristian London did so well translating this, perhaps he’d like to translate the rest of Mr. Nykanen’s back catalogue. There are definitely worse ways in which he could spend his time.”  –Book Bag